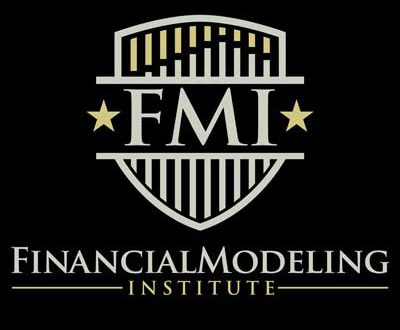 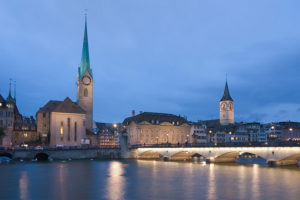 15 years ago I started my studies for a CFA charter and this investment paid back to me many many times during these years. When I learned that there will be a similar designation for the financial modeling world I thought that it will be a very good idea to qualify for it. Level 1 of the designation is called AFM or Advanced Financial Modeler. It is organized globally by a Toronto-based Financial Modeling Institute (FMI). So this article is essentially about my AFM exam preparation. Hopefully other candidates get some preparation ideas as well.

There is no test center in my country yet, but with Riga airport being a regional airline hub, I could easily choose from cities like London, Frankfurt, Moscow or Zurich. My choice for Level 1 was Zurich.

With 15 years of financial modeling experience and being among the 16 ModelOff finalists (Financial Modeling World Championship), there was a lot of temptation just not to spend too much time for AFM exam preparation. Anyway, 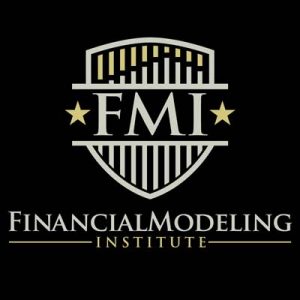 the case on the exam seemed to be just what I do for my clients on a daily basis (you could see some examples here). Still, what seemed to be important were the seemingly simple things that would take away a lot of time and points if not reviewed correctly – model structure, formatting, scenario drop-down lists, schedules, etc.

So, I structured my AFM exam preparation in a way so that I was able to review all the structuring and formatting requirements and hoped to solve at least one case study. My experience with CFA exams (successfully passed all of them by 2005) was that I got better results with the topics that were studied 1-2 weeks before the exam, not the ones that were studied months before. Therefore, I took a vacation in Switzerland with my family one week before the exam – combined the studies with some rest.

My recommendation – if you need to study, the family should be supporting you. And they would rather be supporting you elsewhere 😊. My AFM exam preparation during this week was limited to evening hours when the children were asleep. I was able to review and prepare all the formatting but it is just impossible to solve the full case study if you start at 10pm.

I got lucky this time, but I strongly recommend all the candidates to go through the case study yourself – at least to know your pace during the real-life exam.

My exam day started very early as there was a long drive from the place where we stayed to Zurich. I came in early enough. The proctors were already there and turned out to be very nice and welcoming people (but vigilant during the exam). The other candidates were very concentrated like myself – networking started only after the exam was over.

Zurich’s testing center was not among the largest ones for the AFM exam, so it was located in a conference hall of hotel Mariott. One of the only disappointments about the exam was that the tables were too narrow for my setup.

I brought my own keyboard with me (I use Microsoft NEK 4000) and was expecting to use it. It is allowed by the rules, but I just couldn’t locate it on the table. So, the keyboard turned out not to be really useful and I just used the equipment provided by the organizers. The setup offered by the organizers were nice new laptops. 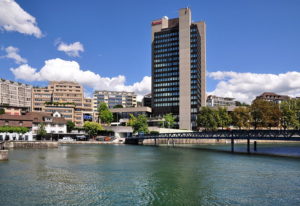 Have to admit, it was pleasant to work on one of these laptops. The loss of time due to setup was probably not more than 5-10 minutes over the 4 hour exam. And what a gorgeous view did the conference hall offer!

The multiple choice questions were reasonably difficult. I got all of them correctly, but I would expect that some of them could cause difficulties to many candidates. Anyway, the MCQs will not be a part of the AFM exam anymore, as far as I know.

The case study turned out to be time-consuming. I was trying to make the model perfect from the design point of view. It is quite a challenge here – to balance the functionality of the model with its visual layout. More than in real life. I balanced out my model just 5 minutes before the end of the exam, so, again, I strongly recommend to do a case study during the AFM exam preparation even if you are a very experienced financial modeler. I think that noone left the room before the time was up.

2 months later the results arrived and I was among the people who passed it. The exam is scored at various categories (eg. Structure, schedules, financial statements, etc.). You can get “Pass”, “Near” or “Below” marks for each of these. I got “Pass” for all the sections of my exam.

It is not easy to teach good financial modeling in a matter of months. The skill comes only with time and experience. So, the less experience you have, the more preparation hours you should expect to put into this. Younger modelers should definitely create several models during the course of their AFM exam preparation.

Having a specialized designation on your business card gives even more credibility. Especially if you apply for a financial modeling project or for a job that is related to financial modeling. So, I am happy to put the AFM designation on my business card. However, I have also learned that my surname is too long for LinkedIn, so I can’t add AFM to my name on my LinkedIn profile.

Yes! I have already signed up for the Level 2 exam (Chartered Financial Modeler). This time I will take the exam in Frankfurt.

I would definitely have to put in the preparation hours – the topics are much more advanced at Level 2. I would also expect to integrate the preparation to the CFM exam with this year’s ModelOff Round 2. (ModelOff are organizing Financial Modeling World Championships every year).