This was my 7th time taking part in ModelOff. I learned about the competition back in 2013, one year after they’ve already run the first tournament in 2012. I liked the idea as it was testing exactly the skills I was using every day at work. Since that time I haven’t miss any single year. Some of my colleagues have become fans of ModelOff too.

I was a ModelOff finalist back in 2016 (London) and 2017 (New York), getting as high as 5th place in New York. I know how it feels for all those guys who competed in ModelOff finals last Saturday at Microsoft’s London offices. Congratulations to Andrew Ngai for becoming the new financial modeling world champion!

This year my result was good, but not high enough to get me to the finals. My score was 75% which was slightly lower than the cut-off point for the finals. One of the finalists I’ve communicated with, mentioned that he has scored about 85% to get to the Top 10 this year. Probably I was somewhat close to the cut-off point. Anyway, I’m fine with that, as I have only one last attempt remaining. With the new rules, 3-times finalists make it to the Hall of Fame which effectively means retirement from ModelOff. Will try to do better next year 🙂

So here are a couple of my reflections on how it went for me this year and what could I do better.

As I mentioned in my previous blog post, Round 1 significantly overlapped with FinMo Financial Modeling Case Competition that I also chose to take part in. ModelOff Round 1 was held on Saturday, November 23 while FinMo’s submission deadline was on Sunday, November 24.

The good news was that Round 1 has no time pressure, so, basically, I was able to work on my FinMo case in the morning, then switch to ModelOff Round 1 in the evening.

The R1 cases this year have more than justified organizer’s usual comments that the best preparation for the future ModelOff’s is solving past ModelOff questions. For example, the Slice & Dice case in my opinion was very similar to Data Analysis from R2 2013. The Air Power case was very similar to R1 2013 Energy Operations – the only exception was to the fact that it was wind energy rather than solar energy. 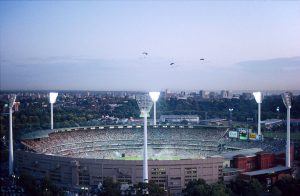 Probably the toughest case was the last one – Win, Lose or Draw. This case presented some historical data about international cricket matches. The goal was to prepare national team standings at different periods of time (again, somewhat similar to case 1 at New York finals 2017). All my friends that I talked to after the competition mentioned that it took quite some time to understand the scoring specifics of cricket. Thanks God they didn’t include this case into R2, otherwise due to time pressure most of the finalists would come only from the cricket-playing countries.

Note: Past year ModelOff cases (up until 2018) are available for free on their Eloquens channel here: https://www.eloquens.com/company/modeloff. These and the newer cases are available within the members area on ModelOff website which is accessible as soon as you sign up for the next financial modeling world championships.

I also publish a couple of my models that were created during the rounds. Please excuse the formatting, as ModelOff emphasizes speed. I have not published the models like “It’s a mess” that might contain the datasets created by QDT.

This is the only ModelOff round that decides who makes it to the finals and who doesn’t. I had a very good feeling coming to this round – I was well-rested and well-prepared. After the first look at the questions I saw that they suit my strengths to a great extent. I always tend to do well with data cleaning questions (Case 3 – It’s a Mess). You can’t imagine how messy real-life client data sometimes could be. 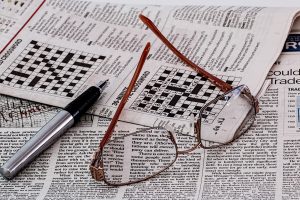 As for Case 4 (Angry Utterances) I did quite well with a similar word search case in New York finals 2017. On the awards ceremony that year, there were 2 finalists the organizers praised for their approach to solving this type of a word quiz. Amazingly, one of them was myself while the other one was Diarmuid Early, now member of Question Design Team, who actually was the author of the Case 4 question. Anyway, this year I didn’t get a change to fully enjoy Dim’s talents at designing questions and here is why.

Section 1 (Rapid-Fire models) and Section 2 (Turning it Around) went smoothly for me. BTW, Case 2 was very similar to Hard Times from R2 2013. Spent an adequate amount of time on both of these and had 1:34 left before the start of Section 3.

Getting the dates and animal names was comparatively easy. However, getting out the number of visitors for each animal was tough. I realized that there are various approaches to search for the number of animals, however, each of them was OK only for a part of the data array.

I decided to do data cleaning step-by-step. E.g. use one approach and be able to clean ~1500 rows. Then use another approach on the remaining rows and clean some other 1000 rows. Then repeat until all the data is cleaned. That was my mistake, as it turned out that there are more than 10 different approaches, and each of them was quite time-consuming.

Eventually I solved the case, but I spent most of my time on it. Right after the competition my mind offered me another approach that would probably be much faster. Will try to solve the case with this approach when I have more spare time. Maybe I could even publish the solution here if ModelOff organizers agree.

So, at the end of the 3 hour timeframe, I had about 5 minutes left when I started case 4. Decided just to open it and at least try to guess the correct answers. But it turned out that Case 4 did not provide questions – you had to type in the correct answers! OMG, that was so frustrating! However, I didn’t give up and still tried them. Amazingly, it turned out that the first 2 questions under case 4 (that gave as much as 5 points, BTW) were very easy. Managed to solve both of them within the 5 minutes remaining.

So, to sum everything up, I didn’t get it to the finals this year, but I was very close. Will definitely keep participating and will probably do some more preparation for ModelOff 2020. I also can’t wait when the promised monthly competitions start – these should be a great fun for the financial modeling community.

Case 2. Turning it Around

Please, share your experience in the comments! It would be great to have your stories here too!